'The Hermit's Garden' and 'The Penitent Wolf' 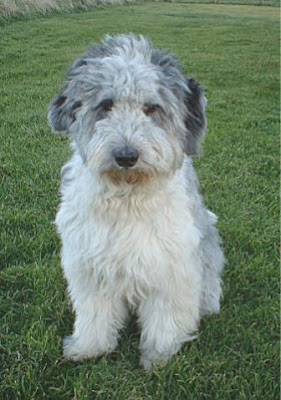 For a spiritually refreshing and therapeutic read, I strongly recommend 'Beasts and Saints', being in the words of the compiler - 'stories of the mutual charities between saints and beasts, from the end of the fourth century to the end of the twelfth, and translated without sophistication from the original Latin, by Helen Waddell. Most of the stories of the Desert Fathers were translated into Latin from their original Greek, during the fifth, sixth, and seventh centuries, although the two short stories included here,'The Hermit's Garden' and 'The Penitent Wolf', are from a Latin original. They were told to Sulpicius Severus by his friend Postumanius, just off his ship at Narbonne, after 3 years journeying in North Africa: the two sat together on their cloaks, Postumanius now and then hitching his a little closer.The 'Dialogus' which records their conversation, was probably written about 405 AD. Sulpicius was a barrister of Toulouse, friend and contemporary of St Paulinus of Nola: like him, he was fortunate in birth and ambition and friendship: and like him, renounced the world in his prime. He died in 410AD the year of the sack of Rome. His friend Paulinus survived him, and Rome, for another twenty years. '

THE HERMIT'S GARDEN IN THE DESERT

'When I first entered the desert, about twelve miles from the Nile - I had one of the brethren for guide, a man who knew the country well- we came to where an old monk lived at the foot of a mountain. And there, a thing very rare in these parts, was a well. He had an ox, whose sole business it was to draw up the water by turning a wheel: for the well was said to be a thousand or more feet deep. He had a garden too, full of many sorts of vegetables: a thing against nature in the desert, where everything is so parched and burnt by the rays of the sun that it seldom gives root or seed, and then but scant. But the labour that the Saint shared with his ox, and his own industry, were to profit: for the constant watering gave such richness to the sand that we saw the herbs growing in the garden, green and lavish. On these the ox lived, together with his master: and from this plenty the good man provided a feast for us as well. I saw then what you men of Gaul will hardly believe, the pot of vegetables that he was preparing for our meal boiling without any fire under it: so great is the heat of the sun that it would cook a Gallic meal as well as any cooks you please.

After supper, as evening drew on, he invited us to a palm tree, the fruit of which he sometimes used; it was about two miles away. For these trees indeed exist in the desert, though not many: and whether it was the skill of the men of old time, or the nature of the soil begat them, I know not: or else God foreseeing that the desert would some day be inhabited by the saints, prepared them for His servants. For the most part, those who live in these remote solitudes live on the fruit of these trees, since no other succeeds in growing here.

We came to this tree led by our kindly host: and there stumbled upon a lion. At sight of him, my guide and I quaked, but the saintly old man went unfalteringly on, and we followed him, timorously enough. The wild beast - you would say it was at the command of God - modestly withdrew a little way and sat down, while the old man plucked the fruit from the lower branches. He held out his hand, full of dates; and up the creature ran and took them as frankly as any tame animal about the house: and when it had finished eating, it went away. We stood, watching and trembling; reflecting as well we might, what valour of faith was in him, and what poverty of spirit in us.'

'Another man, no less remarkable, we saw, living in a poor hut, where only one could enter at a time. The story was told of him that a she-wolf used to stand beside him at his meal, and that never did the creature fail to come at the appointed time, or to wait outside until he offered her whatever bread had been left over from his poor meal: and then she would lick his hand, and as if her task was over and the comfort of her presence duly given, would go away.

But it once so happened that the holy man had gone with a brother who had come to see him, to put him on his way, and was a long time absent, not getting home until nightfall. Meantime the beast had come at the usual meal hour. She felt that her friend and patron was absent, and went into his empty cell, inquisitive to find out where its inhabitant might be. By chance a palm-basket with five loaves was hanging within reach; she ventured to take one, devoured it, and then, the crime perpetrated, made off.

The hermit came in, and saw his basket torn: he perceived the damage his household store had suffered, and near the threshold he recognised the crumbs where someone had been eating bread: nor had he much doubt as to the person of the thief. Then as the days went by and the creature did not come - too conscious of her bold act to come to him she had wronged, and affect innocence - the hermit took it sorely to heart that he had lost the company of his pet. At last when the seventh day had gone by, his prayers were answered: there she was, as he sat at his meal, as of old. But it was easy to perceive the embarrassment of the penitent: she stood, not daring to come near, her eyes fixed in profound shame upon the ground, and plainly entreating pardon. Pitying her confusion, the hermit called her to come near, and with a caressing hand he stroked the sad head: and finally, refreshed his penitent with two loaves for one. And she, forgiveness won and her grieving ended, resumed her wonted office. Consider, I pray you, in this example of it the power of Christ, with whom every brute beast is wise, and every savage creature gentle'.

'If you were to lose a sum of money, all would not be lost; and though in losing it you lost your entire property, you would still hope to recover it. But if at death you lose your soul, then you will truly have lost all, and can never hope to regain it'. (January 24th)

'O Mary, conceived without sin, pray for us who have recourse to thee, and especially protect and guide our Holy Father'.

Labels: 'The Hermit's Garden' and 'The Penitent Wolf'

'Time is a Treasure Found only in this Life' (St Alphonsus)

Peace and greetings to all in the Pro Papa League. 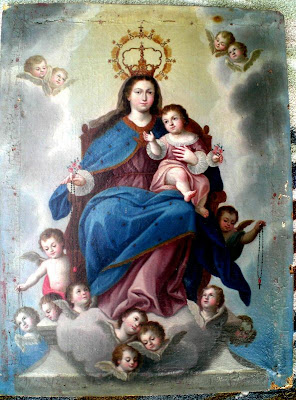 "Son, says the Holy Ghost, be careful to preserve time, which is the greatest and most precious gift that God can bestow upon you in this life. Time is a treasure which is found only in this life, it is not found in the next, either in hell or in Heaven. In hell the damned exclaim with tears, 'Oh that an hour was given to us!'. They would pay any price for an hour of time, in which they might repair their ruin; but this hour they will never have. In Heaven there is no weeping; but were the Saints capable of weeping, all their tears would arise from the thought of having lost the time in which they could have acquired greater glory, and from the conviction that this time will never again be given to them. You will see some who spend nights and days in play or recreation. If you ask them what they are doing, they will answer: 'We are passing the time'. Poor souls who lose so many days; but days which will never return." (St Alphonsus C.SS.R)

These words are taken from the Martyrology or Calendar of Days published annually by The Desert Will Flower Press, Sons of the Most Divine Redeemer (F.SS.R), Golgotha Monastery, Papa Stronsay, Orkney.
St Alphonsus took a solemn vow never to waste a moment of time.
St Alphonsus pray for us all, especially our Holy Father, Pope Benedict XVIth
Our Lady Queen of Heaven, protect and guide our Holy Father.
Posted by umblepie at 17:16 1 comment: