'Illustrissimi' by Albino Luciani - Letter to St Therese of Liseux

Albino Luciani was born in 1912 in the small village of Forni di Canale (now known as Canale d'Agordo),situated between Venice and the Italian border with Austria.
He studied at the seminary of Belluno, was ordained in 1935, and was then sent to the Gregorian University in Rome where he took a degree in theology. After several years teaching theology at the Belluno seminary, Luciani was appointed Vicar General of Belluno in 1948, and ten years later Pope John XXIII, who thought very highly of him, named him Bishop of Vittorio Veneto.  In 1969 he became Patriarch of Venice, and on 5th March 1973 Pope Paul VI made him a cardinal.
On the death of Pope Paul, Albino Luciani was elected Pope on 26 August 1978, taking the name John Paul in honour of his two immediate predecessors.
After only 33 days in office, Pope John Paul I died of a heart attack during the evening of 28 September 1978. 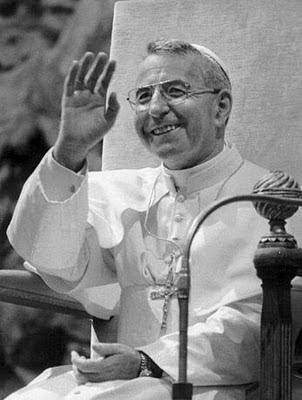 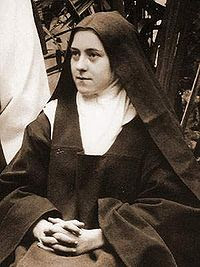 St Therese of Liseux
"Love proves itself by deeds, so how am I to show my love? Great deeds are forbidden me. The only way I can prove my love is by scattering flowers and these flowers are every little sacrifice, every glance and word, and the doing of the least actions for love."
*******************
Today is the feast day of the Holy Innocents, massacred by order of  King Herod, intended to kill  the Child Jesus.  O Holy Innocents pray for us and for our Country, and we particularly ask your prayers that  legalised abortion  be recognised for the evil that it is, and banished from the Statute book.
Our Blessed Lady, Cause of Our Joy, guide and protect our Holy Father Pope Benedict XVI.
Posted by umblepie at 17:12 6 comments: