The month of November will soon be upon us, the month of All Saints and the Holy Souls. I have chosen to reproduce an article on Father William Doyle S.J. originally published on my blog 'umblepie' on 9 November, 2012.
**************** 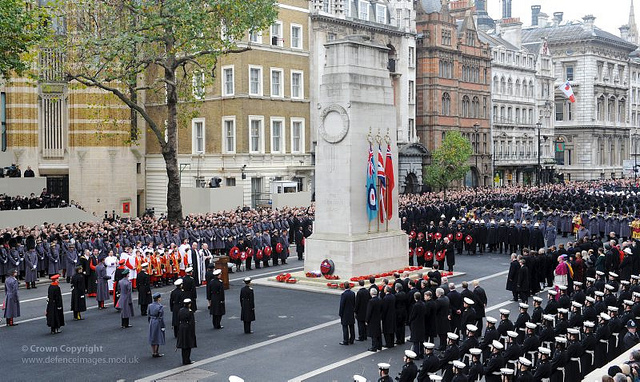 (photo Creative Commons)
The month of November will see the annual Remembrance Sunday Commemorations, and  it is salutary to remind ourselves that in World War 1, a total of 1,115,600 servicemen from Great Britain and the Colonies died  for their country, and in World War 2, a further 384,000 gave their lives. Added to these are the many thousands who have died for their country in subsequent hostilities in Palestine, Malaya, Korea, Kenya, Falklands, Iraq, Afghanistan, N Ireland, and other areas of conflict. The vast majority of those who died were young men and women, who did not want war and certainly did not want to die, but accepted that for the world to have peace, the ultimate price might have to be paid.

“Eternal rest give unto them O Lord, and let perpetual light shine upon them. May they rest in peace”

“ Mary, Mother of God and Mother of mercy, pray for us and for all those who have died in the horrors of war”

Father Doyle was born in Dublin in 1873 and died on the ‘Western Front’ at the battle of Ypres in 1917.
The book is an absorbing account of this holy priest’s life, beautifully written and eminently readable. At this time of year I inevitably think of this courageous and inspirational Irish priest,  whose faith, bravery and devotion to his men on the field of battle, was truly outstanding. 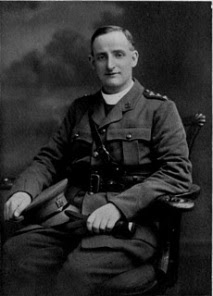 The following passage is from a letter of General Hickie, written to a friend on 18th November, 1917:-

“Fr Doyle was one of the best priests I have ever met, and one of the bravest men who have fought or worked out here.  He did his duty, and more than his duty, most nobly, and has left a memory and a name behind him that will never be forgotten. On the day of his death, 16th August, he had worked in the front line, and even in front of that line, and appeared to know no fatigue – he never knew fear.  He was killed by a shell towards the close of the day, and was buried on the Frezenberg Ridge. ……….  He was recommended for the Victoria Cross by his Commanding Officer, by his Brigadier, and by myself.  Superior Authority, however, has not granted it, and as no other posthumous reward is given, his name will, I believe, be mentioned in the Commander-in-Chief’s Despatch. …..  I can say without boasting that this is a Division of brave men; and even among these, Fr Doyle stood out.”.
Possibly the fact that he was an Irish Roman Catholic priest influenced the decision of the ‘Superior Authority’. Beyond the tributes of this world, numerous favours and cures have been attributed to his intercession, and to the use of his relics.
************************

This biography includes many incidents in Fr Doyle’s life which reveal his extraordinary charity.
One such event, originally published in the ‘Irish Messenger of the Sacred Heart’ in August 1931, is included in Appendix IV of the book, and is reproduced below.

‘Snatched from the brink’ 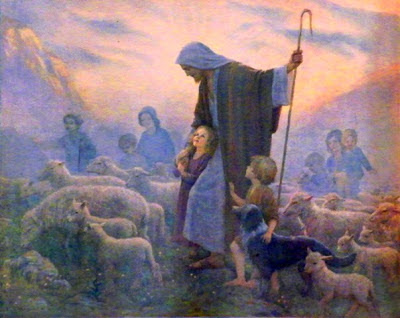 Father Doyle nodded. “I remember,” he said half to himself, “I had been hearing confessions late that night and was on my way home.”
“Your look and words stunned me,” went on the girl. ”I actually turned back, and went home in a dazed state. All that night I lay awake. The words: ‘Don’t hurt Jesus, He loves you,’ kept ringing in my ear. Had I hurt Jesus, did He love me? Who was He? I knew very little about Him. I had had little schooling and less religion. I had never prayed, I had never been baptized. Mother told me that before she died. Yet, ’Don’t hurt Jesus, He loves you,…’ seemed to find an echo in my heart. I felt He was in some way within me.
I saw you once again Father, after that night. I was with another girl and you passed on the other side of the street. ‘Who is that clergyman?’ I asked my companion. ‘I hear he is from Ireland,’ she replied ,’and is giving a Mission or something here.’
For weeks after that I kept off the streets, but then want and hunger drove me out again. I sank lower and lower, until now I am to be hanged. I came here hard, defiant and unrepentant, and wanted to have nothing to do with priest or parson. Then one day your words came back to me. ‘Don’t hurt Jesus, He loves you.’
Something seemed to snap within me and I wept – the first time for many years. I felt changed, softened, and there came a great longing to see you and to learn more about Jesus. Now that you have come, won’t you tell me more about Him? Won’t you set my feet on the road that goes to Him?”
“Do you mean my child, that you wish to know about the one True Faith, that you want to become a Catholic?” “Yes Father, I do, with all my heart.”
The essential articles of faith were quickly explained and drunk in with eagerness by a soul that thirsted for the truth. Then the waters of baptism were poured for the first time upon her head, and all the wicked past was washed away.
“I shall leave you now for a while, my child,” said Father Doyle. “I am going to try to get permission and the requisites for Mass here, when I shall give you Jesus in Holy Communion.”
Father Doyle hurried off to the nearest Catholic Church, and without much difficulty obtained the necessary leave and outfit for saying Mass.  A tiny altar was erected in the cell, and Fanny heard her first and last Mass and received her God for the first and last time. She refused the breakfast offered her.  “I have just eaten the Bread of Life,” she said with her smiling thanks.
As she walked to the scaffold with Father Doyle beside her, she whispered to him, “I am so happy, Father! Jesus knows that I am sorry for having hurt Him, and I know that Jesus loves me.”
A moment later and Fanny Cranbush, with her baptismal robe unspotted, was in the arms of Jesus

After the original was posted, I received a communication from a lady in the south of England, to say that she was in possession of an army overcoat which she believed to have belonged at one time to Father Doyle. She further stated that her father had worn it throughout various military campaigns of World War II, and had attributed his survival to the protection of Father Doyle.
Certainly, numerous favours and cures were attributed to Father Doyle’s intercession after his death, and many are listed in the book
*************************

For those who would like to learn more about this brave and holy priest, I recommend the following website dedicated to his life and memory.  http://fatherdoyle.com 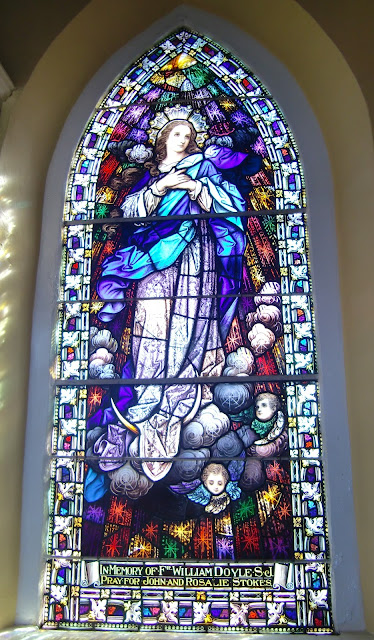 **************************
“Another very severe pain for the holy souls is caused by the thought that, during life, God showed them so many special mercies not shown to others, after they had by their sins compelled Him to hate them, and to condemn them to hell.  He, nevertheless, through His pure mercy, pardoned and saved them.”
(Daily thoughts from St Alphonsus - November 9th)