Monday of the First Week in Lent - yesterday.

The Station is in one of the most ancient Roman basilicas built by the Empress Eudocia, where the chains worn by the prince of the Apostles, to whom Jesus confided His flock, are kept.  In the fifth century it was one of the twenty-five parishes of Rome.

The Epistle of the day alludes to the penitents about to be reconciled at Easter, and to the catechumens preparing for baptism, and explains that the Lord is the Shepherd who comes to seek His lost sheep.  The Gospel tells of the separation that the Shepherd will make for ever between the sheep and the goats, or between the good who repent and give themselves up to works of charity, and the sinners.
Let us ask God to prepare us by “this Lenten fast” to be loosened from the bonds of our sins by virtue of the power of Peter, who was delivered from his chains.

The Chains of St Peter in the 'Basilica di San Pietro in Vincoli' in Rome. (ack. Patnaik and Domato - Wikipedia Commons)

The Empress Eudoxia (wife of Emperor Valentinian III), who received them as a gift from her mother, Aelia Eudocio, consort of Valentinian II, presented the Chains to Pope Leo I.  Aelia Eudocia had received these Chains as a gift from Iuvenalis, Bishop of Jerusalem.
According to legend, while Pope Leo was comparing them to the Chains of St Peter's final imprisonment in the Mamertine Prison in Rome, the two Chains miraculously fused together.  The Chains are kept in a Reliquary under the High Altar in the Basilica.

Lesson from the Prophet Ezechial. 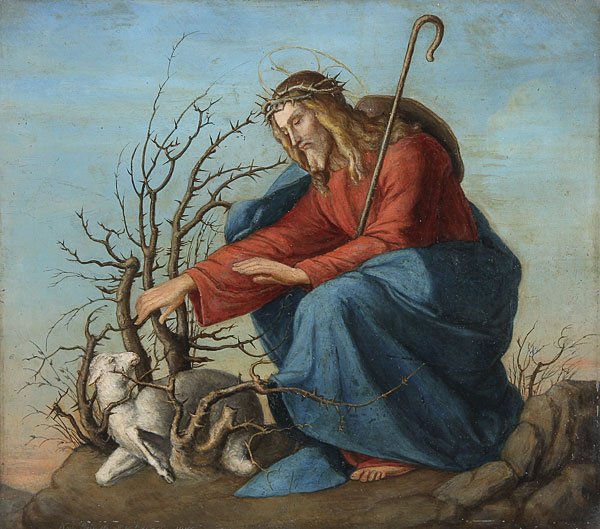 Continuation of the holy Gospel according to St Mathew:-

'At that time Jesus said to His disciples:  When the Son of Man shall come in His majesty,  and all the Angels with Him, then shall He sit upon the seat of His majesty:  and all nations shall be gathered together before Him, and He shall separate them one from another, as the shepherd separateth the sheep from the goats:  and He shall set the sheep on His right hand, but the goats on His left.  Then shall the King say to them that shall be on His right hand:

Then they also shall answer Him, saying:  Lord when did we see Thee hungry, or thirsty, or a stranger, or naked, or sick, or in prison, and did not minister to Thee?  Then He shall answer them, saying:  Amen I say to you:  as long as you did it not to one of these least, neither did you do it to Me.  And these shall go into everlasting punishment:  but the just into life everlasting.' 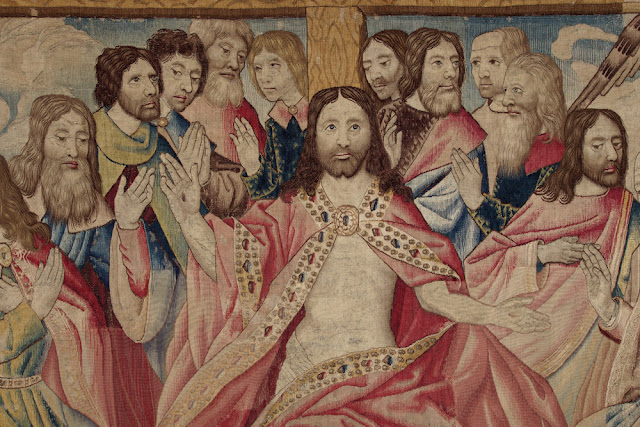 N.B. With acknowledgement and thanks to 'zephyrinus' blog site - for photographs and information re. Basilica.

Posted by umblepie at 23:56 No comments: